Recognizing the bitcoin (BTC) trend: Who is Dr. Charles 'the cycle guru' Nenner?

Doctor Charles Nenner, you may have seen his name already before in one of our social media posts. For example, on LinkedIn, we regularly shared his analyses of the crypto market. But who is he, and why is he called "the cycle guru"? In this article, we will introduce Dr. Nenner and the Charles Nenner Research Center. Furthermore, what does he think about Bitcoin? 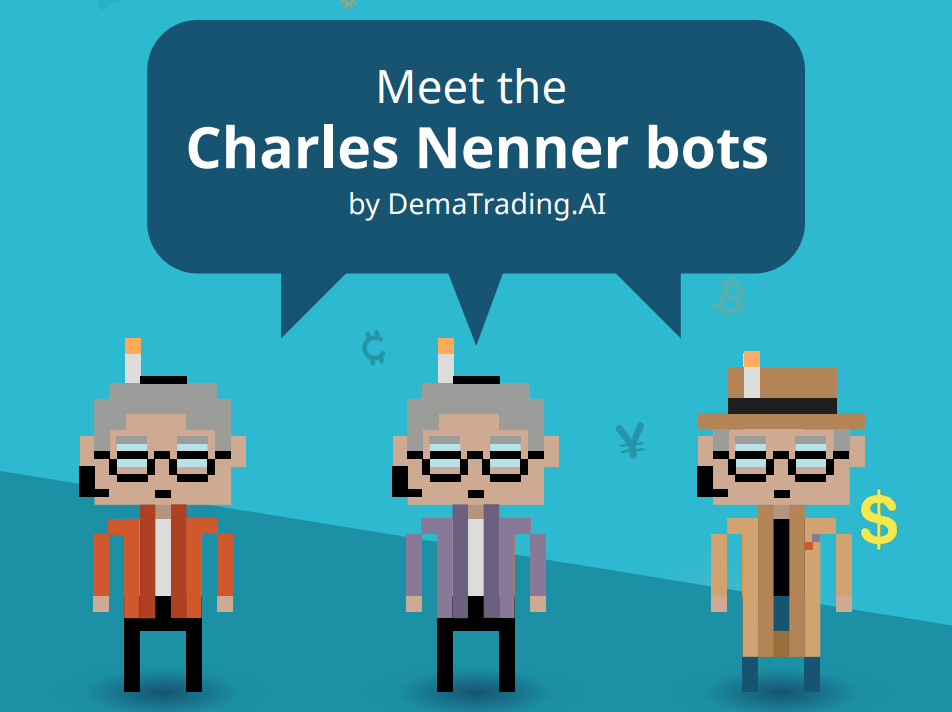 Who is Dr. Nenner

But before we get into his system and way of doing analyses, let’s first look at his career. Already in the ’80s, Nenner filled several positions as a consultant and researcher for financial firms. In 1992, Nenner became the head of Market Timing at Ofek Securities. This marked the first step in his impressive career as an analyst. Next, Rabobank International welcomed him as head of Trading Research in 1997, where Nenner researched the market until 1998. He then moved on to work for a big name within the world of finance; Goldman Sachs.

From 1998 till 2001, Nenner worked for Goldman Sachs in London. Here he was a technical analyst for Goldman’s Fixed Income Trading Group. After doing this for three years, Nenner found himself in the world’s financial capital, better known as New York City. During his time with Goldman Sachs NY, he founded a research institute, about which you will read more later in this article.

Aside from being a legendary technical analyst, Nenner is also often called the cycle guru. And no, this is not because he knows a lot about bicycles. Instead, he earned this title for his work with pattern forecasting and securities analysis. Nenner developed a pattern recognition system and a computer program that looks at many different technical indicators. In combination with proprietary cycle analysis, Nenner can recognize if the market will rise or fall, and even to what levels and in what timeframe this may happen.

This computer program produces an indicator that we call the Nenner Cycle. These cycles are found by analyzing equidistant top to tops that a price forms over time. These movements can be found in any data series and the result is an indicator that provides a direction of the market. The tool also helps with timing the market, i.e., when to get in or out of the market. The indicator doesn’t, however, indicate to what level the price might rise or fall. This is where Charles Nenner Research Center comes in.

Nenner founded the Charles Nenner Research Center in 2001. Since then, he has helped banks, hedge funds, brokerage firms, family offices, and individual clients with his independent research. Clients receive regular updates on how the market looks, how the cycles look, and if it is a good time to buy or sell. Together with these forecasts, Nenner also forecasts possible price levels and in what timeframe these levels may be reached.

This research is done with neural networks, “computers that think for themselves,” as Nenner stated in one of the BOTS TV episodes. “Moves in the financial markets are not random,” he added. Psychology and emotions are an essential part of his work. Even deeper topics such as free choice come into play, Nenner explains:

“You might think you have free choice, but if hundreds of millions of people are doing the same thing, it will neutralize itself, and then there is no free choice.”

While the Nenner Cycle is an integral part of the work of the Charles Nenner Research Center, it is the research that is being done based on this and other indicators that brings his clients value. The Nenner Cycle provides the direction of the markets and helps time a possible entry or exit. However, the research that Nenner does is based on complex momentum algorithms and ultimately provides price targets and levels.

This data helps his client interpret the market cycles and act on them. Nenner then also provides his thoughts on what might be a good thing to do at what stage. But most of the analyses are being done by neural networks that consider many different factors so that his clients can act based on raw data and not emotion!

Bitcoin (BTC), what does Nenner think about it?

When Nenner is asked about what he thinks of the future of crypto and bitcoin, it becomes clear that he likes to base his statements on emotionless data. Otherwise, “It would be pure speculation,” he stated. Nenner does like Bitcoin, however, and that is because Bitcoin has almost no fundamentals to keep in mind. For example, with Bitcoin, you won’t suddenly see a news article about how a miner mined a million bitcoins. Instead, the rules are set, and that’s why emotion primarily influences what happens with the bitcoin price.

And because emotion is the most important factor for Bitcoin, it is easier for Nenner’s analysis program to predict the price. As mentioned, mass psychology tends to move in cycles, and thus the bitcoin price moves in cycles. By recognizing these cycles, estimations can be made for the future bitcoin price. For Nenner’s analyses on bitcoin, keep an eye on our social media channels, where we regularly post his thoughts on the current situation!

The trading bots in the BOTS app go hand in hand with Nenner’s research and way of thinking. The bots look at how the market behaves and act based on data and not emotions. They do the trading for you, minimizing losses in times of downtrends and maximizing profits in an uptrend. Based on his BTC and ETH cylces there are now three Charles Nenner bots available in the bots store.

There is no such thing as risk-free trading. It is possible to lose (part of) your stake.